MARCH for SCIENCE, Washington, D.C., There is No Plan-et B!

“TODAY’S KIDS: TOMORROW’S SCIENTISTS, Children’s Book Authors March for Science” and “SUPPORT SCIENCE EDUCATION, K-12 and Beyond”. Those were my signs for the march. Saturday, April 22, was celebrated as Earth Day, March for Science around the world in 600 locations, raising awareness of the importance of science, science education, and scientific research for the future of our world. In Washington, D.C., I joined a reported 75,000 marchers, along with my husband Art, a neuroscientist, and three friends, for a walk from the Washington Monument at one end of the Mall, down Constitution Avenue to the Capitol.

The crowd included young people, old people, students, researchers, educators, activists, a drummer, two dinosaurs, someone dressed as Galileo carrying a long cardboard telescope, some wearing lab coats, some sporting knitted brain hats,  parents pushing strollers, many wearing hats and t-shirts with logos, and all kinds of signs. Despite a steady rain, nobody’s spirits were dampened. It was a day to be counted and for voices to be heard. There is no plan-et B!
Here are a few of the many marchers and signs.

Posted by five nests at 6:00 AM No comments:

Labels: children's book authors, D.C., kids, MARCH for SCIENCE, scientists, There is No Plan-et B!, Washington 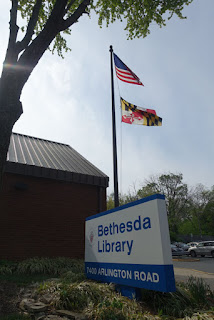 Last week I was in Washington, D.C., staying nearby in Bethesda, Maryland. As I often do when I travel, I stopped in at the Bethesda Library, which was just a few blocks from my hotel, and visited the Children’s Room. I was pleased to meet Cassandra Malik, the children’s librarian and share with her  my new book Hatching Chicks in Room 6. Afterward, as I browsed the nonfiction shelves, I was happy to discover a number of my books and when I looked at the catalogue I found that the Montgomery County Public  Library system has 35 of my titles. It is always heartening to know that my books are available in libraries across the country.
Posted by five nests at 9:00 AM No comments:

Egg-Citing Activites for Kids Part 3: Coloring Page, How Many Days to Hatch a Chick? 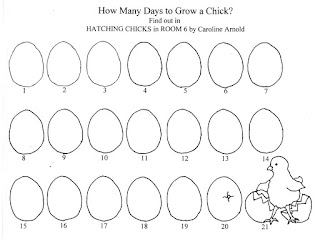 It takes 21 days for an incubated egg to hatch into a chick. Each day the chick inside the egg grows a little bit bigger. On Day 20 the chick makes a tiny hole in the shell. Then on Day 21 it slowly makes a crack all round the shell. Then, the shell pops open and the CHICK IS HATCHED!
Click HERE for a downloadable coloring page. 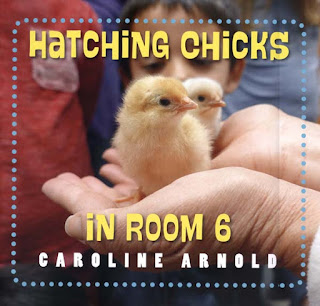 Learn about the eggs and chicks and see photos of the hatching process in my book HATCHING CHICKS IN ROOM 6 (Charlesbridge, 2017.)
Posted by five nests at 9:00 AM No comments:

An Egg is Beautiful 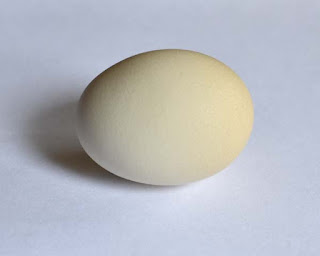 “I don’t know of anything in the world more wonderful to look at then a nest with eggs in it. An egg, because it contains life, is the most perfect thing there is. It is beautiful and mysterious.”
---E.B. White, author of Charlotte's Web and a life long admirer of chickens and eggs. To him, "the egg is all."
As we celebrate spring, let us appreciate the egg, the perfect symbol for the renewal of life.

Read more about the life and work of E.B. White in Melissa Sweet's excellent biography, Some Writer! The Story of E.B. White (Houghton Mifflin Harcourt, 2016).
Posted by five nests at 9:50 AM No comments: 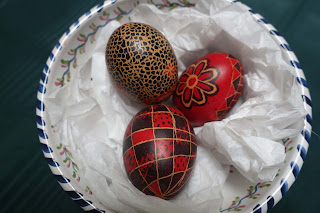 You don't have to be Ukrainian to make Ukrainian eggs, called pysanky. Every year since I was growing up, I have made Ukrainian eggs at Easter, getting my first lessons at a Ukrainian gift shop in Northeast Minneapolis. Until a year ago I always used the traditional wooden stylus to make my eggs, heating the metal funnel tip in a candle flame, then inserting it into a lump of beeswax to capture the wax and melt it before drawing on the surface of the egg. Last year I was given an electric tool, which greatly simplifies the process of melting the wax. When my family was visiting, my daughter and grandchildren had a chance to try my new tool. Here are the eggs they made! (Click HERE to see my post from April 2014 to see some of my other eggs from previous years.)

Book Signing at Once Upon A Time Bookstore, Montrose, CA

I just got back from my book signing of Hatching Books in Room 6 at Once Upon a Time family bookstore in Montrose, California. Thank you Maureen Palacios for organizing the event at your wonderful store! And thanks to my friends and fellow nonfiction book writers Sara Kras and Joseph Taylor for coming and giving me such great support. It was an intimate gathering but I think the kids and parents who were there enjoyed it.

Posted by five nests at 3:00 PM No comments: 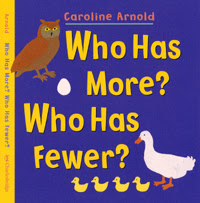 Last week I had a fun morning at the WPC Preschool in Los Angeles, California, with two sessions, first with the three-year-old group and then with the four-year-olds.  This is an annual visit and I always enjoy seeing how the kids grow from year to year. With the younger children I always share my folding book, Who Has More? and the children count the eggs and baby birds on each page, going from one to seven and back again. I also read the first two stories of Wiggle and Waggle while one of the teachers acts out the story with my worm sock puppets. With the four-year-old group we talked about birds and feathers, measured their wingspans, and I showed them my new book Hatching Chicks in Room 6. And, it has become a tradition that I end by reading my tall tale, The Terrible Hodag and the Animal Catchers. As always, I had a good time and look forward to going back again next year.
Posted by five nests at 9:00 AM No comments: