(reposted from the ABFFE September 26 Newsletter)
Booksellers around the country are participating in Banned Books Week, the national celebration of the freedom to read. Hundreds have created displays of banned and challenged titles, and many have organized events.

Independent bookstores are enthusiastic supporters of Banned Books Week, but as small businesses many do not have the resources to participate. To make it as easy as possible, the American Booksellers Foundation for Free Expression (ABFFE), the bookseller's voice in the fight against censorship, has joined the Ingram Content Group in distributing a free promotional kit that contains everything a bookstore needs to create a display, including a full-sized poster, "Caution" tape, bookmarks, stickers, and a flyer with detailed information about last year's book challenges. One hundred and sixty bookstores ordered the kit.

Censorship affects all of us. To find out more about Banned Book Week celebrations and events, go to www.bannedbooksweek.org .
Posted by five nests at 10:45 AM No comments: 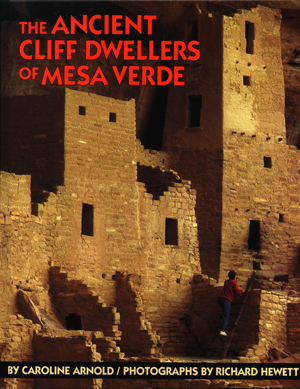 THE ANCIENT CLIFF DWELLERS OF MESA VERDE, my book about the Anasazi, Native Americans who inhabited the cliffs and mesa tops of Mesa Verde, Colorado, a thousand years ago, is now available again as an e-book at StarWalk Kids. It is illustrated with beautiful photographs by Richard Hewett. You can also find it at Amazon as a Kindle book.  This book was originally published in 1992 as a hardback and paperback book by Clarion Books and may still be available in your library.  I am thrilled to now have it as an ebook as well!


SCHOOL LIBRARY JOURNAL: The Ancient Cliff Dwellers of Mesa Verde
Grade 4-6-- Sharply focused and dramatic full-page, full-color photographs are an outstanding feature in this book on the Anasazi people of the American Southwest. Mesa Verde serves as the backdrop and focal point. Photos of the spectacular cliff dwellings can be found throughout, but there are also pictures of archaeologists at work and many of the artifacts that have been found there. Chapters include a description of the discovery of the area by ranchers in the late 19th century and the development of the area into a national park. Readers will also see how painstaking archeology has re-created the probable scenario of how people lived when the area was at its height of development and various theories concerning the fate of the Anasazi. An engrossing introduction to the culture, the place, and the time, and how we have learned about them. --David N. Pauli, Missoula Pub . Lib . , MT
Posted by five nests at 9:00 AM No comments:

A week ago on Saturday I had a great time in Bakersfield at the SCBWI CenCal PAL Showcase and met lots of enthusiastic parents and educators. Along with eleven other children's book authors, I had eight minutes to show some of the things I do during my school visits.  During the breaks, attendees came to our tables to collect information and book school visits for the coming year.  I am now looking forward to a number of visits to Kern County Schools.  Many thanks to Rebecca, Mary Ann and Allison for organizing the day!  Afterwards, all the authors had a delicious dinner at Mexicali restaurant and a chance to relax together. 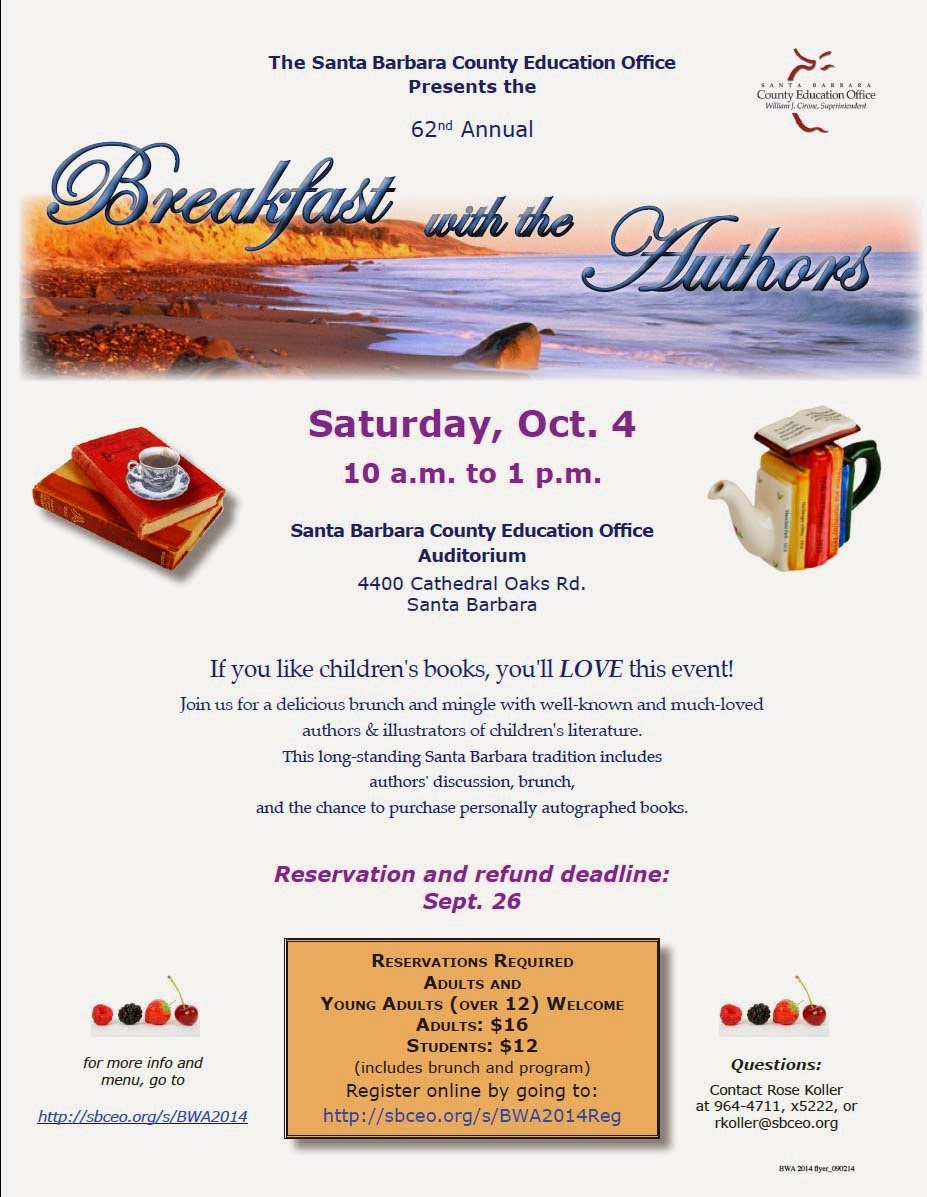 On Saturday, October 4th I will be one of the authors speaking at the 62nd annual Breakfast With the Authors.  This has been a highlight of the fall much longer than I’ve been an author and I always enjoy taking part.
You can enjoy a delicious brunch featuring several types of quiche, fresh fruit, and baked goods while mingling with well-known and much-loved authors & illustrators of children’s literature.
The program includes a panel discussion, an open mic forum, authors’ comments, brunch, and the chance to purchase personally autographed books.

This year’s guest authors include:

TO REGISTER, click HERE.
Posted by five nests at 9:00 AM No comments:

THE WRITING PROCESS: Where Do I Write?

A number of years ago I moved to a new house and got a new office.  One of its attractions is that it has a huge closet for storing my many boxes with the research material for my books.  In many ways I have found my perfect work space--it is no longer in the center of the house, it is light and airy with a view of the garden, it has room for desks, filing cabinets and bookshelves, and it has plenty of space for the proliferating equipment of the modern home office.  My desk and office are where I conduct the business of writing.  Yet, when I am in the midst of a writing project, my favorite place to work is still at the dining room table.  Not only does the table have a comfortable familiarity, but it takes me away from the distractions of my office and gives me the space I need to write.
Posted by five nests at 9:00 AM No comments:

Labels: desk, office, research, Where Do I Write?, writing process 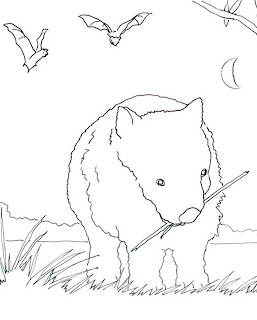 As darkness falls in Australia, a mother and baby wombat come out of their burrow.  They spend the night digging up grasses and roots to eat.  Soon the young wombat will be big enough to live on his own.
For a coloring page of a wombat on its nightly search for food, click here.
You can find out more about wombats in my book A WOMBAT'S WORLD (Picture Window Books, 2008.)  Look for the hardback book in your library.  The interactive e-book is available at http://www.capstonepub.com/library/products/wombat-s-world-2/ .
Posted by five nests at 9:00 AM No comments: