BEST WISHES FOR THE NEW YEAR 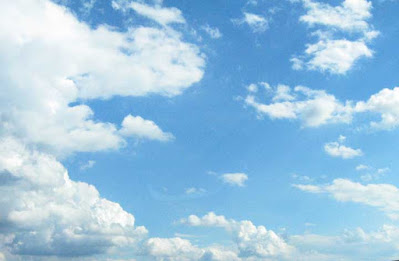 As we look forward to a new year, I share with you fortune cookie message I got with my recent order of take-out food from a local Chinese restaurant.

"We must always have old memories and young hopes."

On this shortest day of the year, Caroline Arnold Art and Books sends you best wishes for a


Perhaps my favorite book when I was a child was The Little Fur Family by Margaret Wise Brown. Mine had a real rabbit fur cover that could be slipped off and on into my small hands and was oh, so soft and silky. I loved the lilt of the story and heard it so often I had it practically memorized.

Books make the perfect holiday gift. Recently, as I was cleaning out my files I found a list that I made more than twenty years ago of some of my favorite children's books. While I have read many good books since then, these titles remain among my all-time favorites. Perhaps they will inspire a holiday gift for a child you know.

Stella Luna by Janelle Cannon
Ghost Wings by Barbara Joose
Frog and Toad by Arnold Lobel
Mr. Lincoln's Whiskers by Karen Winnick
Me on the Map by Joan Sweeney
The Ever-Living Tree by Linda Viera
Wump World by Bill Peet
Ramona the Pest by Beverly Cleary
The Little Fur Family by Margaret Wise Brown
The Wall by Eve Bunting

THANK YOU CARDS from CERRITOS SCHOOL 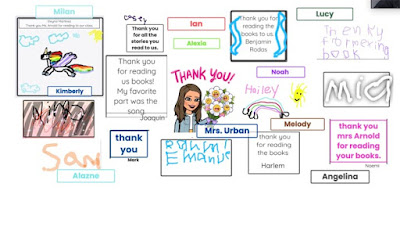 In response to my virtual author visit on November 17 at Cerritos Elementary School in Glendale, California, I recently received thank you notes from each classroom that I visited. I am so pleased to discover how teachers and students have adapted to using a virtual format and interested to see how each class did their thank you notes in a different way. Some created their cards on screen, while other students drew pictures on paper and then took a screen shot to record it. Other students wrote a class letter. I loved finding out which parts of my presentation the students liked the most.
Many, many thanks again to the ALG for providing this experience for both authors and students. And many, many thanks to the teachers who do such a great job helping their students learn, and to Principal Perla Chavez Fritz for all her support.

Read a report of the visit here: https://carolinearnoldart.blogspot.com/2020/11/zoom-author-visit-at-cerritos-school.html

Two weeks ago, on Saturday, November 14 at 1:00pm, FOCAL held its annual awards ceremony online on Zoom. (FOCAL, Friends of Children and Libraries, is the support group of the Los Angeles Public Library children's services.)
This year’s award went to Todos Iguales: Un Corrido de Lemon Grove/All Equal: A Ballad of Lemon Grove by Christy Hale, author/Illustrator. Children in the Los Angeles schools were invited to write essays after reading the book. The winners of the writing contest read their essays telling how the book connected with their lives and why they would like to meet author Christy Hale. Christy Hale responded to their questions and then gave an inspirational keynote speech. Puppets made by Jesse Kingsley and Moira Lael Macdonald depicting the main character from the book were then presented--one for the author and the other to be part of the permanent collection at LAPL. The program concluded with FOCAL president Caroline Gill thanking all attendees, speakers and supporters of FOCAL and LAPL for coming.

My traditional role at this event has been as photographer. This year, because of the pandemic, the event was virtual, and my role as photographer was to make screen shots. The picture above depicts author and award winner Christy Hale, Brooke Sheets the award committee chair, and puppet makers Jesse Kingsley and Moira Lael Macdonald. I hope that by this time next year, the event will be a luncheon as it has always been in the past and I can use my camera again. Meanwhile, the screen shots will provide a record of this year’s event.