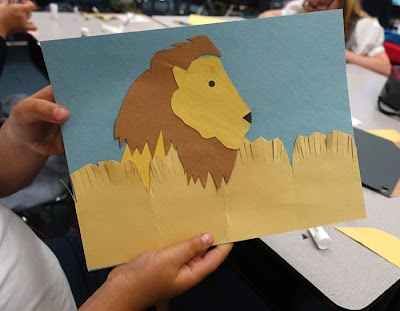 A week ago I conducted an art workshop with fifth grade students at St. Timothy’s Elementary School in Los Angeles, California, sharing some of the techniques I use when I am creating the illustrations for my own books. 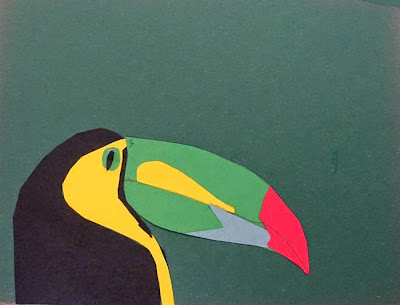 Earlier in the year the students had written poems about animals. For the workshop they were asked to bring a printout of a photograph of the animal which they would use as a pattern for their cut-out art. The animal in the picture should be about 6-8 inches long and preferably a side (rather than a front) view. So the pictures needed to be expendable--either a Xerox copy of a picture in a book or other source or a picture of the animal printed from their computer. 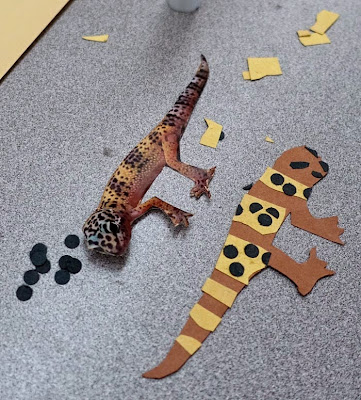 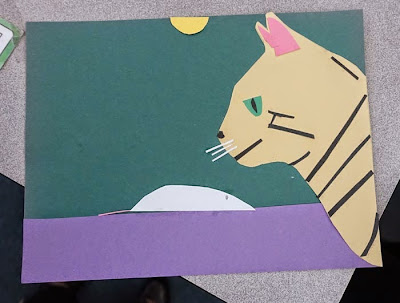 I was amazed at the variety and creativity of the students’ pictures. Everyone had chosen a different animal so no two pictures were alike. Some had chosen to focus on just the head of the animal while others chose the whole animal and placed it in an environment. We had allotted an hour for the project. When the bell rang not everyone was finished although most had made a significant progress. They would have a chance to finish the following day.

Supplies needed for this project: animal picture, scissors, paper punch to make spots and eyes, glue sticks and pencils and a supply of 9 x 12 colored construction paper, especially blue, green and brown.
Posted by five nests at 9:00 AM